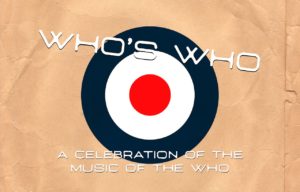 Daltry, Townshend, Entwistle and Moony have created some of the most timeless rock music ever made. Spawning decades and over 100 million records worldwide, The Who is one of the most legendary rock bands to come out of London, England. Chicago’s own, Toy Robots, will be taking on the task of performing all of the hits of The Who from Pinball Wizard to The Seeker to My Generation, along with timeless rock anthems such as Won’t Get Fooled Again and Baba O’Riley. While they won’t be destroying hotel rooms or exploding drum kits, they’ll be bringing all of the same thunderous energy and excitement you would expect from a full on Who show. Don’t get fooled (again) and grab your tickets for the Who’s Who today!